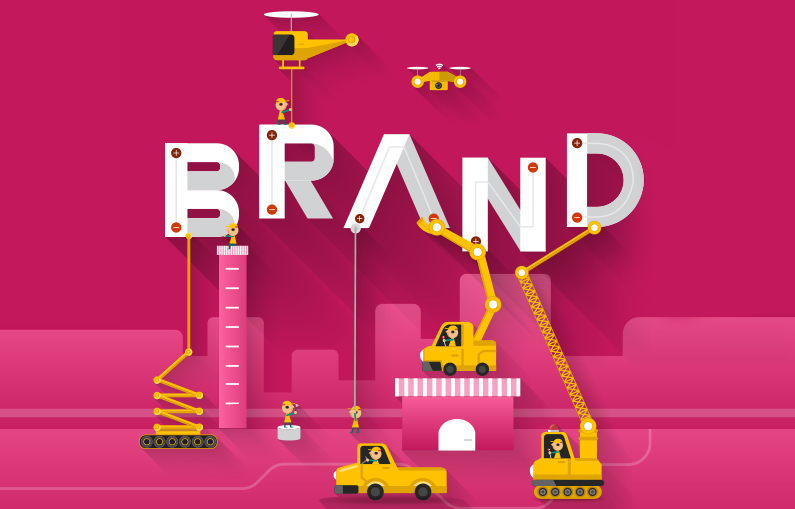 Branding can be just as important tool for individuals as it is for companies. This is, of course, nothing new. Perhaps the only change is in the vocabulary and earlier we would have just spoken of reputation instead of branding.

One of the central tenets of branding is that all communications of the brand should speak with a unified voice – transmitting the same consistent message and image.

So in order to do this, I am undertaking a slow personal rebranding project. Or actually, it’s more about unifying the various aspects of my activities under a single brand.

A little over ten years ago I started using the term ‘typography’ to describe my interests and activities. That is why I started with a website titled typo.fi and used typofi as my nick on various sites, such as Twitter.

However, over time that has evolved into a much wider interest in visual communication in general. So now the connotations of typofi are starting to feel a little off. Because of that I started this new webpage that you are reading now. Until now I’ve been a little weirdly saddling both the website comdesres and the nick typofi. So, in order to get more coherence into my personal brand, I’m moving to use the nick comdesres. Yes, sure, it is 3 characters longer. But overall 9 chars isn’t too bad. And it communicates much better my interest and my expertise.

Twitter changed their favourite button from a star to a heart. According to them, their test groups loved it. Perhaps it makes more sense to new users. Perhaps it reflects our contemporary culture where Facebook sets the standards with their ubiquitous like-button. Maybe, in the long rung, the change might be a good thing from an UI/UX perspective. But several people have expressed that they feel uncomfortable with the change. They note that favouriting something is not the same as loving. While others might not see what the fuss is about. After all, stars are also often used to express love and admiration.

What I find interesting is how, with this seemingly simple change, Twitter has hijacked and distorted the past actions of their millions of users. Because a rose is not a rose by any other symbol.

I think the main problem here is not just that the symbols – or signs to be specific – would have different meanings, but that they differ in the range of their meanings. A heart is more monosemic while a star is more polysemic. Monosemic sign has a unique meaning that everyone agrees on. Like our everyday Indo-Arabic numerals: we do not need to have a debate about what 3 means. In contrast, a polysemic sign has multiple meanings, leaving its interpretation somewhat ambiguous and subjective. We could also talk about pansemic signs, like abstract art, which do not have any precise meanings but are completely subjective. (Read more about this, for example, in Jaques Bertin’s Semiology of Graphics.)

Some treat these three as distinct categories, but I think it’s better to see these as points, or areas, with fuzzy boundaries on a continuum. Even the basic numerals can mean different things depending on the context. Mostly they are clear and unambiguous, but there are occasions where they take on numerological, mystical, or metaphorical meanings. For example, think about trinities in many religions, a 1% badge, or 88 which can be used to express good luck, love and kisses, or xenophobia and hate.

So I wouldn’t say that a heart is fully monosemic. It can have some different meanings. But among these meanings, at least in today’s Western culture, the link with love is quite dominating.

In comparison, the star does not seem to have such a strong link to any single meaning. Instead, it can be used in a variety of different ways. It can be used to express love and admiration, but it can also be to simply mark something as important.

This latter meaning has been reinforced in recent decades by software and web interfaces. The star has been a symbol of bookmarking in Chrome, Firefox, and other browsers. Also in Gmail you can mark messages with stars to signal that they are ‘important or to indicate that you need to reply to them later’.1

This is far from loving things. There might be content that you would never ever endorse, but might want to bookmark. Actually, you might sometimes bookmark content because you vehemently oppose it. For example, you want to show the unbelievable stupidity to other people, or you want to store it for criticising it later.

No wonder some people are rattled. Suddenly Twitter claims that they love things that they merely bookmarked in the past. Of course, to those who always saw the star button as comparable to ‘like’ on Facebook, the symbol change does not make a big difference.

I myself belong to the first group. The change made me feel horrible. I wasn’t even sure what was in my old favourites, but I just didn’t want to take a chance that there was something I object to.

And by hijacking my past actions, Twitter suddenly turned into one of the bad guis. I felt similar disgust towards them than I do towards politicians who promise something before the elections and then do the opposite when they are in power. While Twitter’s actions are hardly as significant to what happens in politics, there are similarities. Both cases are about distorting past opinions of their supporters/users.

The solution? Delete all past favourites. You can do this individually by clicking them, or you can use something like unfavinator to delete them in bulk. Googling will also offer you other alternatives.