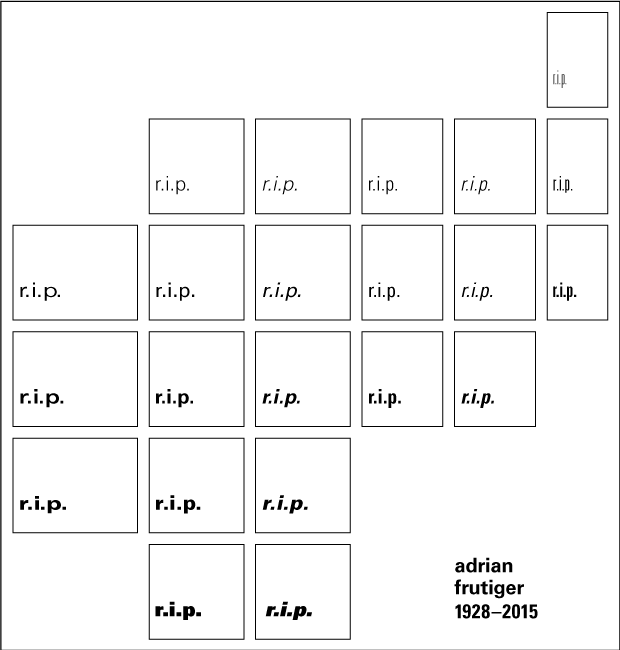 I was saddened to hear today about the death of Adrian Frutiger (24 May 1928 – 12 Sep 2015). It was all over the internet, but I waited until people like Adam Twardoch wrote about it until I believed it. On the other hand, especially if you didn’t know him personally, this is a good occasion to celebrate his amazing work. (After all, why mourn the inevitable. Old people have to die at some point.)

I’ve used many of his fonts in my work. But more than anything I’ve had to use Univers over and over. It’s one of those common information graphic fonts, alongside Helvetica and others. Because of this ubiquitousness it is a bit bland and boring. At the same time, I have to admit that it just works. The number of different variants in the family ensure that it will accommodate both tight and spacious areas while staying clear and readable. And you’ll still always have typographic unity in your work.

If you’re just starting on the path of infographics and are troubled by what fonts to use, Univers is one easy answer. Stop wasting your time trying to find the most hip or efficient font. Just grab something like 47, 57, 67 (and maybe the oblique variants) and save your energy for more important matters. 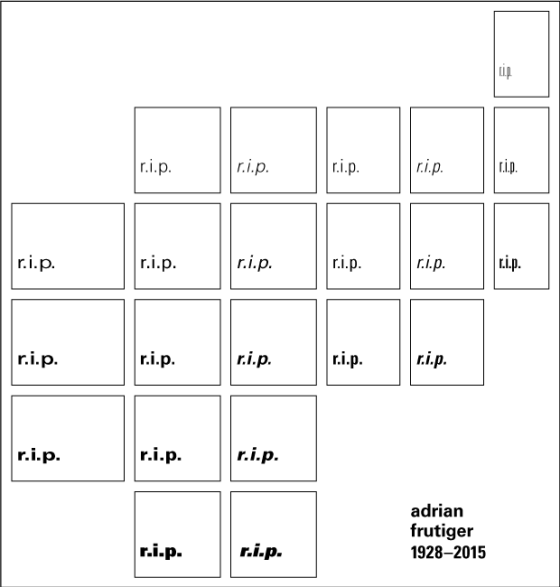 Ps. Yes, many of those rips (especially full stops) still need kerning. Can’t be bothered, there are too many of them. I’m going to invoke the spirit of modernism and claim that “machines know best”. 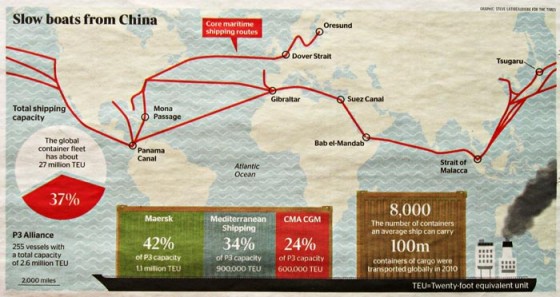 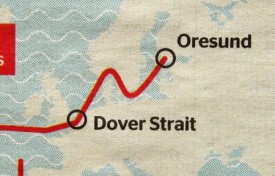 If you missed the awesome Isotype exhibition at the Victoria and Albert museum (2 Dec 2010 to 17 Mar 2011). you can at least enjoy some photos from there on Flickr. There is Isotype material and also a couple of pictures of artwork by Gerd Arntz.

Me and Dave Kellam saw the exhibition in early December. We felt a bit odd and at the same time privileged to know the Isotype material so well. The last time we saw it we got a great hands-on show by Michael Twyman. We could touch and smell and take photos of them as much as we wanted. And now the same material was under plexiglass and people where admiring them from a distance.

And of course, it still makes me proud that my department hosts the collection where many of these items are kept.