Are certain songs trending because people connect them mentally to recent news? If we look at the music statistics can we find a kind of soundtrack to the current world events?

Please note, this post was designed to be enjoyed with a soundtrack. So before reading further, I suggest pressing play on the video below. There’s nothing to watch, just leave it playing in the background. (All the links on this page should automatically open to new windows without interrupting the song. Edit: Now the video finally works, sorry for the confusion.)

My personal soundtrack for this week has included a lot of Kraftwerk and especially their classic song Radioaktivität (in the clip above). At some point I realised that it was nicely thematically tied to the ongoing Fukushima incident. I wondered if other people had made the same connection. So I went on to Last.fm to see how much it had been played recently.

And yes, I was right. The news do seem to affect people’s listening behaviour. As you can see from the graph below, the song has clearly been played more after the Fukushima incident begun. I guess it’s suitably bleak and melancholic. Also the later version of the song is openly critical about nuclear power, listing infamous radiation incidents and saying “stop radioactivity”.

This made me wonder if people had been inspired to play other songs dealing with radioactivity and nuclear power. I made a couple of searches on Last.fm.

Kate Bush’s Breathing is about nuclear war. Some interpret it to be about a baby still in the womb when the bombs go off. Or it could be about the fact that you can’t stop breathing the air which carries radiation. It might also have something to do with bombs sucking all the oxygen from the air. In any case, one has to love lines such as “After the blast / Chips of Plutonium / Are twinkling in every lung”. As we can see from the small spike in the plays, the song has been fairly more popular with the gloomy news.

Are you a fan of the game Fallout? Then you’ll love The Radiation Song by The Aquabats. A fairly recent song and not that well known. There’s a small spike but if you look at the history it’s really not significant.

Uranium Rock by Warren Smith. A more classic rock song. Thematically it’s connected to mining uranium. It’s more of an upbeat worker song and not really about radioactivity. Perhaps this and its optimism make it unsuitable for catastrophes as its popularity seems to have declined after the tsunami.

Radioactive by Gene Simmons doesn’t really have anything do to with nuclear radiation. Similarly to Uranium Rock, its popularity seems to to have suffered from the Fukushima. Might people feel that now is not the time to tie radioactivity to coarse hard rock innuendos?

It would be interesting to build a website or a software which would track the latest news and then find semantically connected songs from services like Last.fm. It could find out automatically which songs are trending because of the current news. This would give us a kind of shared soundtrack to the news.

PS. If you got exited about songs related to radiation, nuclear war etc. (who wouldn’t!?), there’s plenty of them out there. Especially from the 1980s. Depending on your tastes you could try these examples: 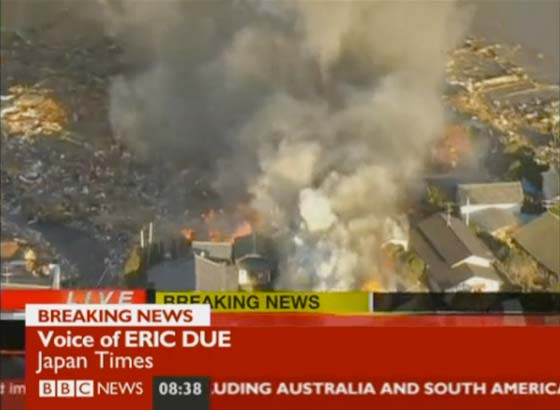 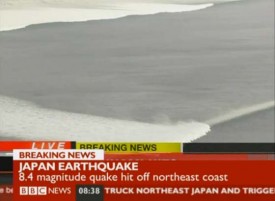 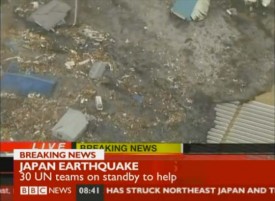 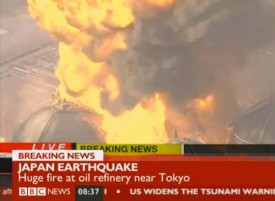